It’s amazing how futuristic technologies have an unparalleled ability to help us better understand the traditional. History and heritage can be brought to life in new and immersive ways, meaning we get to experience it, understand it, and explore it in greater depth than ever before. Mnemoscene, a Brighton based company, are using immersive and web-based technologies to do exactly that.

This October they Launched ‘Nomad’. A collaborative project with independent curator and researcher, Abira Hussein supported by the Heritage Lottery Fund.

The goal of the project, described in more detail at nomad-project.co.uk, is to help inspire Somali communities in the UK to better understand and preserve their own heritage through the power of technology. 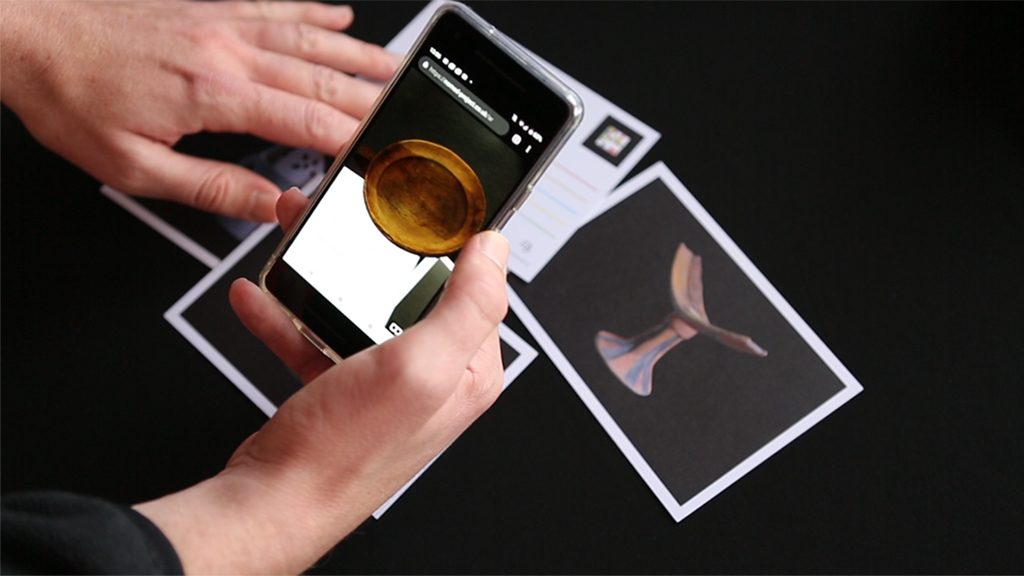 Using augmented reality, we can gain a better understanding of cultural heritage in an unparalleled way.

Launching at the British library during Somali Week Festival, the project centered around a number of workshops, a Mixed Reality experience for the Microsoft HoloLens and augmented reality postcards.

The HoloLens experience is the first of its kind for Somali heritage, it layers sound recordings from the British Library, digitised objects and photographs from the British Museum and Powell-Cotton Museum, and people presented as 3D holograms into the user’s real-life environment.

Mnemoscene were also keen to create experiences which are easily accessible. Their approach was create augmented reality postcards where nomadic Somali objects and sounds can be heard and viewed in full 3D by simply using your smartphone. Even better, the technology can be used via a web-based platform, meaning you don’t even need to download and install an app or software to begin scanning the postcards and viewing the Somali objects in lifelike 3D.

Nomad Project founder Abira Hussein has said that she hopes the project will help people “connect to a culture that I had heard only through stories, a reimagining of a past that was once mine. Ultimately bringing my heritage to life.”

Many of the Somali objects featured in the exhibition can be viewed on the Nomad Project website, you can also hear about upcoming future exhibitions by following @mnemoscene_ltd on Twitter. 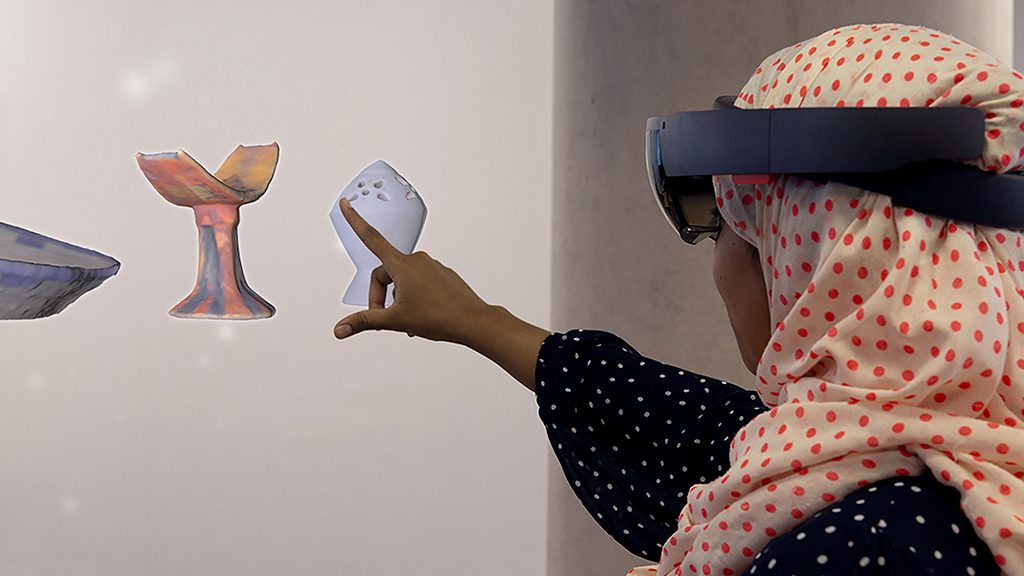 Bringing heritage to life through technology.

Nomad was designed as a ‘nomadic’ experience which can travel outside of the museum space and to other audiences and venues. Since launching in October a number of free workshops have been held in which participants can be inspired by the Mixed and augmented reality experiences to create their own digital heritage. Workshop participants were invited to bring along their own objects and stories and these were digitised on site using photogrammetry, a process in which photographs are turned into highly realistic 3D models. Over the coming months these 3D objects and stories will be added to an online archive built using the Universal Viewer.

Mnemoscene is run by Sophie Dixon and Edward Silverton. The company works with various forms of augmented and mixed reality media including HoloLens and WebXR, and is also able to offer 3D asset creation and photogrammetry workshops. They use mixed reality technologies to enhance people’s understanding of other cultures and heritages, and bring life to them in a way that can provide unparalleled immersion.

For more information on Mnemoscene and Nomad…

We are proud to work with the movers and shakers within Brighton’s digital scene – companies just Mnemoscene. We’re excited every single day by the amazing projects that our clients are working on. Stay tuned to our client news section for more stories.

We use cookies to ensure that we give you the best experience on our website. If you continue to use this site we will assume that you are happy with it.OkNoRead more